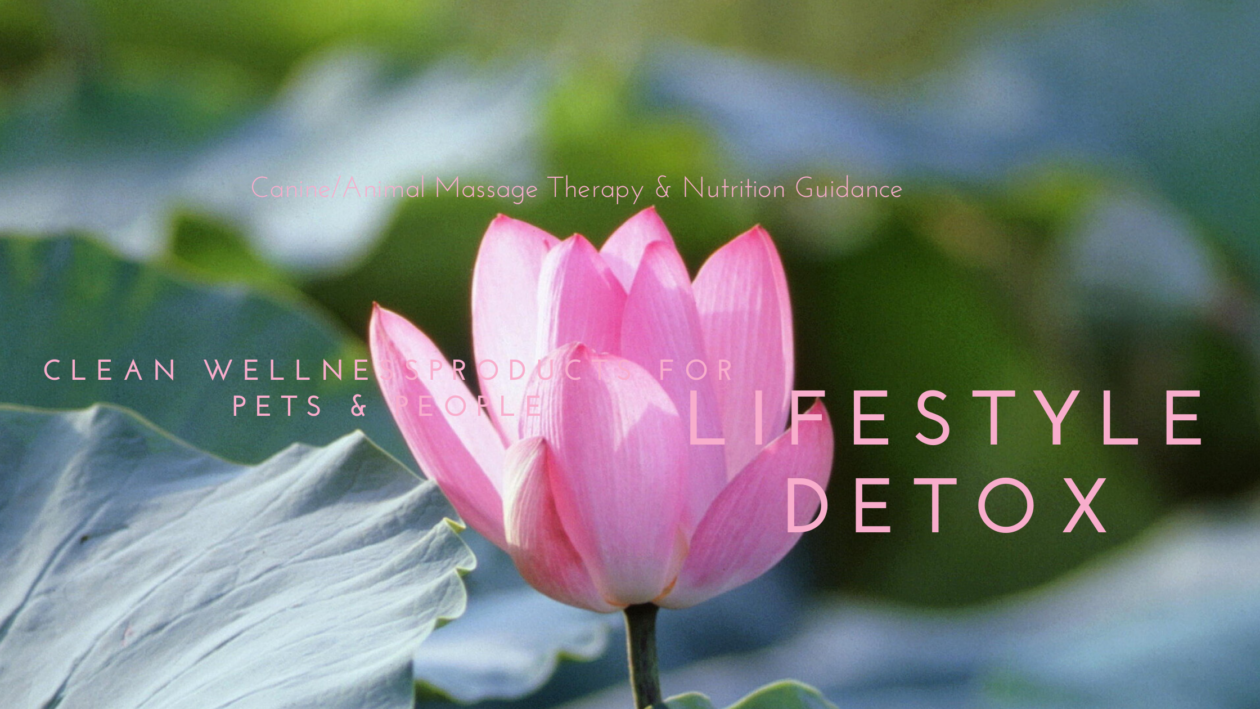 Look closely, I call this ‘DobieTenna’ as Rhett has a needle in his head that appears to be receiving signals.

Hieronymus Rhett Thomas O’Brien Puppy (Big dog, big name) just had his 8th birthday in April.  His short name is Rhett.  He has always been a powerful dog and is so muscular that we have called him the Arnold Schwarzenegger of Dobermans as he is beautifully and massively built while at the same time, very agile.  We have downsized significantly but in our old place, we joked that he learned agility just navigating the rooms of the house without bumping into anything.  Agile.  Strong.  Rhett is also very personable, stubborn and demanding.  Fortunately he is equally as sweet and patient as he is demanding and stubborn or there’d be trouble.

Here’s a photo of the full scope and Rhett is being a very good boy.  At this point he has had several treatments but I want to take you back to June 4th.  I had lost my job just a few days prior.  We were in the throes (and holy bejeebus we still are) of a master bathroom remodel.  Funds are exceedingly tight.  I am a bit depressed but rah rah trying to stay upbeat when that Monday, after a good walk with my husband, Rhett begins acting all weird.  He’s weak, especially in the back and particularly his back right leg which he cannot put any weight on.  He’s panting, shivering and falling down.  After the trip to the emergency room where they take a wait and see approach, I figure we should try acupressure massage therapy on him.  I call someone to the house I know well and this does help but he is not at all right and needs a lot more.  I search out an acupuncturist and locate Spot On Wellness, for those in the Dallas area, he rocks.  Dr. Hartai does an initial treatment but it’s clear there are neurological issues that could be anything from Wobblers, some degenerative disease, a tumor or acute injury only now manifesting visibly.  He referred us to a neurologist for an MRI.  I actually started a gofundme to help out but beyond the first $600 which I am so thankful for,  nobody has contributed more recently so we are out of pocket about 2k and completely on our own on this because while there were discussions about chiropractic and acupuncture etc when I signed up with the insurance, apparently I am missing a rider I needed to have that would have covered all of this, less a $500.00 deductible.   I immediately got an appointment but also noted significant improvement from the first treatment.  The acupressure had helped a bit but the needles more.  It was recommended he have twice-weekly treatments and as he could not get in or out of the car well, that meant paying someone for house calls too.
Thinking logically through all this, I want to validate how the non- invasive treatments would work for my boy.  I already do not have funds for this anyway.  But I cannot allow my boy to suffer.

Should I spend the $500.00 deductible now to put Rhett through the MRI drama that will eat up at least 3k just for the test and more thousands for surgery yet  have a majority of that covered ($500.00 deductible and then insurance pays 80%) and KNOW what the issue is and treat it in a Western Medicine way which would mean I definitely wouldn’t have any cash for acupuncture treatments,  or be patient through the process of watching how acupuncture does for him?  Not easy decisions when your loved one is suffering, scared and weak and has no idea why or what happened.

IF you want my opinion right now, I find it utterly silly that dosing our boy with narcotics and putting him through an MRI scan and surgery to resolve is covered by my insurance but far less invasive and easier on everybody acupuncture isn’t…without paying more for a rider I didn’t know I needed until this happened and I called to begin filing the claim.

I am familiar with acupuncture, having work done to alleviate heartburn, hip flexor issues, hand issues, and swallowing issues with acalaysia, this weird disorder brought on by stress.  There is magic in this ancient practice.  Rhett went on twice weekly vet treatments plus at home massage therapy.  His improvement weekly was marked and uplifting.  Joyful.  From June 4th to today, 7/12, Rhett has gone from barely being able to stand up without falling down, to being able again to get up into his favorite chair, the tall bed, feel motivated enough and well enough to go see who is at the door. And bark.  He had even lost his bark.  Rhett can tell us who is at the door by how he barks. We know instantly if it’s someone we know, someone he likes or doesn’t.  And he has this amazingly resonant bass bark that rumbles inside your chest cavity that will floor you if you are not prepared for it.   When asking him to ‘speak’ for treats, he begins in a whisper.  You have to tell him louder and then he complies, gradually amping it up as asked to do so.  We did not train him to do this, it’s all his personality and peculiarity as a unique soul inhabiting our home and intertwining into our lives.  Rhett was able to again walk, then hike a leg to pee then trot, then canter and then gallop all without falling down.  His hind legs are still weak and his gallop is not full on but he can chase a squirrel in the backyard and look like he means it.  In truth he just wants to play with the squirrels, having played catch and release with them and rabbits as a puppy.  He loves and is fascinated by all life, all cats, all squirrels, all living creatures.  He doesn’t, as some dogs do, lump one cat into another or one squirrel as good as another, no…he literally wants to have a relationship with each being he meets.  He will nuzzle injured birds, and try his level best to appear small and non-threatening to meet another potential friend while on walks.  At parties, he knows how to mix and mingle with guests but also understands who is allowed in.  I have seen his full-on wicked Doberman side exactly once and guarding warning exactly twice and yes it is quite the frightening and magnificent spectacle to behold.  I understand how a Doberman or other powerful animal can be scarier than a gun.  Primarily because he knows exactly when to turn it on, he has fooled 99% of the people who know him into thinking he is a wussy lapdog.  A dear friend and neighbor, Keith once witnessed all 115lbs of Rhett engaging in play with our 7lb rooster and allowing the rooster to chase him away from the hens.  We joked that this was embarrassing and must never be spoken of.  Rhett bobbed and weaved and had fun with the rooster who I think really was trying to protect his harem of hens but Rhett meant no harm at all.   I have watched Rhett gracefully escort people he considers lost, off our property as well as look like he is hungry to tuck into the man who opened our front door unannounced. He has never needed to bite anyone as his warning has always sufficed.  Like my Boxer boy before him, I stand amazed at their brain and how they work things out all on their own, given the proper loving care, socialization and raising, really mostly all things we do with our human kids. I have had folks say…so he’s 8, right?  And Dobermans live, what to be 10?  Rhett has some 12, 14 & 16-year-olds in his line and sure, while he does have an expiration date like we all do, I love him and want to keep him around on this earthly plane just as long as possible.  He, like all spirits, will not be replaceable once he is gone.  Yes, oh you bet we will get another dog and love again, but it will not ever be the same.  It never is. That is the point, one of our lessons to learn here.

Life is precious.  Rhett depends upon us as any child would.  So he is getting therapy, it’s helping so much and I wanted to share this out for anyone in a similar boat not to throw in the towel too quickly or perhaps succumb to surgery too soon either because I feel as if I just watched a miracle unfold before my eyes as I watch my boy get back to his old strong and stubborn and exceedingly sweet self.

To speed healing, in addition to the vet work, I have him on some anti-inflammatory supplements.  We are using Infinite Hip and Joint, which is organic with Turmeric, glucosamine and .chondroitin and MSM, all great for us to take to keep us limber.

For his omega 3s and because all fish is toxic (there is plastics and pharma drugs in all fish plus mercury and other poisons thank you humans and factory farming for ruining fish) I give him seaweed, such as  Spirulina, Chinese Chlorella and Klamath Lake Blue-Green Algae and for his B12, Braggs Nutritional Yeast, which is a great way as a vegan (I am, he’s not) to get your B12 and is so delicious on popcorn.

Your vet can prescribe an Assisi Loop, which is an electromagnetic field which pulses but you don’t feel it.  When near a conductor (such as tissue) the device will induce current flow, bringing oxygen into the area to speed healing while calming the pain signals.  The currents work in tissue from outside the body, no need to shave the fur, the magnetic fields penetrate through fur, hair, casts and bandages. You MUST have a prescription and the device will set you back $300.00 and for that, you will receive a minimum of 150 15-minute treatments.  Very simple to use, you push the button and it auto shuts off after 15 minutes.  (They do have one that is constantly on.)  After the battery is spent, the device is trash and you must buy a new one.  I have one now, but while I was waiting, and in a hurry to try this on myself and my dog, I located this device, the ActiPatch,  on Amazon.  There is a cheaper version but it doesn’t shut itself off.

Unless your pup requires acute care, such as post-surgery, you want the model that you can turn on and off for treatment so that you are not wasting the battery life.  For less than $30.00 you get 720 total hours of therapy (with ON/OFF switch) which yields 4 cents per hour of therapy.  This is a mini-me version of the Assisi loop which is more powerful.  The Actipatch is the ‘human’ marketed version, there is also the identical one marketed for pets that costs more and you don’t get the wrap.  Ha!  So order this one and save money plus get tape and a wrap and try it on yourself as well!

Now that I do Canine Massage Therapy and Acupressure (thanks to my boy being my inspiration) I am a HUGE fan of infrared light therapy devices and love that this one is powerful enough it requires only 30 seconds per area and self times.  Great tool!!!

See my other post on dog food recommendations, but it is very important to feed properly a clean diet.  I really like Dr. Harveys and the man will actually get on the phone with you too.

Rhett’s go fund me for any interested Animal loving parties ♥